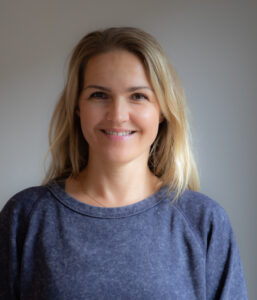 My first yoga class was in 2005 in my local gym. As an avid gym bunny back then, I wasn’t sure what to expect from yoga. I even thought it might be a bit boring. Slowly and surely, however, I began to understand that yoga does more than just keep you physically fit and strong – it also has an extraordinary effect on the mind.

The lovely calm that I felt after a yoga class and the way my stress levels reduced was simply magical. Not to mention the whole body workout that was very challenging and also (to my surprise) very enjoyable. I tried many different styles of yoga (Hatha, Vinyasa Flow, Ashtanga, Bikram) in various studios in Dublin and also occasionally at home put on one of Shiva Rea’s DVDs and followed along but hadn’t truly established a regular practice until in January 2010, when I signed up for an Ashtanga beginners’ course. I was instantly hooked! I just couldn’t wait to get back to the class each week so I also started to practise at home using David Swenson’s Practice Manual. Soon after, to my great delight, a beautiful yoga studio opened locally, in Greystones, offering led Ashtanga classes as well as a 6 day a week morning Mysore programme.

But teaching yoga would probably have remained only a dream if it hadn’t been for the loving support of my own teacher, Ríonach O’Flynn, who encouraged me to complete an authentic teacher-training course with renowned Ashtanga teachers, Brian Cooper and Nawajyoti, who have practised yoga for over 40 years. In 2012 I completed the Union Yoga RYT 200h Teacher Training course with Brian in the South of France. The greatest advice he gave me was to always be myself as a teacher and to remember that one’s own practice is the greatest teacher.

I was delighted to take over the reins at Greystones Yoga Studio in December 2020. I am passionate about sharing my knowledge and the happiness that a regular long term yoga practice has brought me over the years. 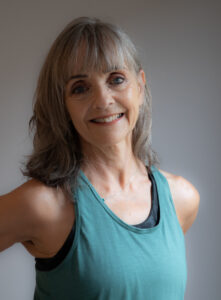 Ríonach began practising yoga in Paris in 1997 at L’Ecole Francais du Yoga, where her primary teacher was Philippe de Fallois and the ethos of the school was to explore several different styles of yoga.

On her return to Ireland in 2000, Ríonach discovered Ashtanga Vinyasa Yoga, through her teacher, Marianne Jacuzzi. She developed a daily practice under Marianne’s guidance and subsequently trained to teach at Les Aisles du Yoga in Paris and with David Swenson in Edinburgh. She eventually moved to teaching full time and founded Greystones Yoga Studio in 2010.

A certified (500hr) Senior Teacher with Yoga Alliance Professionals, Ríonach is inspired by her studies with Gregor Maehle and Monica Gauci, David Swenson, Lino Miele and Richard Freeman. In recent years, her Pranayama, adjustment and technique studies with both Guy Donahaye in New York and Kia Naddermier in Paris have particularly informed her teaching. She regularly travels to expand her knowledge of yoga asana, meditation and pranayama practice, philosophy, theory, and adjustment technique, believing firmly in the adage that the teacher is always a student. Her style of teaching is non-dogmatic and she encourages students to maintain an open mind as they develop their practice in a way that works for their unique body and stage of life. As a teacher of Ashtanga, Ríonach hopes to facilitate students to discover the life-long benefits and joy of this powerful and transformative practice. Ríonach leads the Teacher Training Programme at Greystones Yoga.

Discovering the Bhagavad Gita while still a schoolgirl in California, Marianne began meditating with Maharishi Mahesh Yogi in San Francisco when she was sixteen. Later, she studied Indian Philosophy at the University of California, Berkeley and Santa Cruz.

Her yoga practice began in the Sivananda tradition, with meditation, chanting and devotional practices as important as asana.  After moving from California to Ireland in the early 90’s, she studied Iyengar Yoga with Elizabeth Connolly in Dublin, who introduced her to Ashtanga Yoga in the late 90’s. It was not long before the power of Ashtanga Yoga completely captivated her. For about eleven years, she maintained a strict daily practice of Ashtanga Yoga and travelled many times to Mysore to study directly with Pattabhi Jois.

But her personal practice began to evolve around 2009 to 2012, the combined richness of those three foundational schools, along with an internal transformation and a few extraordinary Indian masters—all coming together to give birth to her own fluid style of practice, which she developed and called Shakti Rasa. Shakti Rasa Yoga incorporates breath and meditation into powerful asana work that raises the frequency of the subtle energy body. Since her teaching has always flowed from her personal practice, she began offering classes in Shakti Rasa as well.

Having done teacher trainings in Sivananda, Iyengar, Ashtanga and Vinyasa Krama Yoga, she is Yoga Alliance certified at the highest level: E-RYT-500 and is also a Yoga Alliance continuing education provider: YACEP.

Alongside her daily practice of yoga, Marianne also continued her studies in Indian philosophy. With eminent yoga scholar Georg Feuerstein, she completed over 1000 hours of coursework in yoga philosophy. With Buddhist priest David Brazier, she studied Buddhist psychotherapy for over four years in the UK. She incorporates techniques of Zen therapy into her work with clients and continues to be inspired by this teaching. We are delighted to have Marianne Jacuzzi join us to teach the History & Philosophy of Yoga module on our Teacher Training Course.

I went to my first yoga class in 2013.  I initially practised Hatha yoga but also tried Vinyasa and Restorative yoga.  In 2016 I went to Greystones Yoga Studio and started Ashtanga yoga and have not looked back since. Rionach, Ingrid and Cliodhna have helped me establish a regular practice which I now find both energising and calming at the same time.

I completed the Greystones YTT in 2019 which helped me to deepen my own practice, as well as show me how to help and inspire others to enjoy yoga as much as I do.

I have gained further knowledge by attending workshops with Kathy Cooper, Ty Landrum and Kino MacGregor, and I now assist Ríonach on the Greystones Yoga Teacher Training course.

My philosophy is that yoga, especially Ashtanga yoga, is for everyone.  It’s simply about stepping onto your mat and moving with your breath to benefit body and mind.

We use cookies to ensure that we give you the best experience on our website. If you continue to use this site we will assume that you are happy with it.Ok